Member Of The Month, Workouts

Derek Helms has been a member of Auburn Fit1 since 2013.

It has been amazing to watch his workout technique and the progress that he has made over the past four years.

Derek works out 6-7 days per week. He performs a push-pull-leg routine.  This routine enables him to train every muscle group twice per week while allowing enough time to recover between workouts.  He runs three days per week to keep up his cardio, which he also finds to be a good stress reliever. 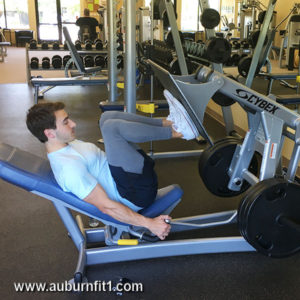 Derek would like to continue to increase his progress over the next few years, concentrating on his legs.  He would like to run a marathon sometime this year

Derek shared that “Fit1 has been his favorite gym that he has gone to, the staff and all the members are always friendly and the smaller environment has allowed him to meet some great new people.”

Derek is studying accounting at Sierra College. This is his last year, and he will then transfer to Sac State to finish his degree.  He works at Starbucks and he shared that he enjoys seeing his regulars from work at the gym, allowing him to get to know them a lot better.

Fitness has become a big part of Derek’s life, he enjoys all the new people he has met and it has helped him to live a healthier lifestyle.