Meet Auburn Fit1’s Member on Fire, Mel Eelkema. After many years of being a part of an “at work” gym, Mel decided to switch up his fitness routine and join Auburn Fit1. Mel became a fitness club member a little over a year ago and has explained that since joining Fit1, he feels as though he is in better shape than he has ever been. 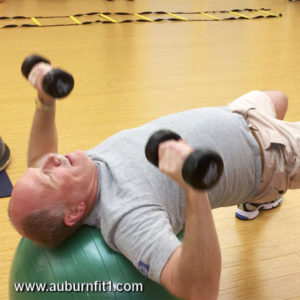 Mel’s primary fitness goal is to workout three times per week. He strives to attend Kristin’s Body Shred, Weights, Core and More two times each week on Tuesday and Thursday evenings. He then incorporates a third outdoor workout of his choice, which may involve hiking or biking Auburn area trails or kayaking along the local lakes.

When asked to explain his fitness experience, Mel 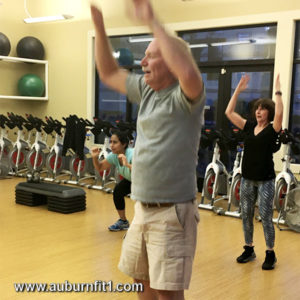 mentioned that he has attended numerous fitness classes and has enjoyed each of them. He also specifically mentioned his fondness of the instructors who he said, are always helpful in making sure his workouts are enjoyable and safe.

Mel also shared that he and his wife plan on continuing to work out at Auburn Fit1 whenever they can!