Member Of The Month, News, Workouts 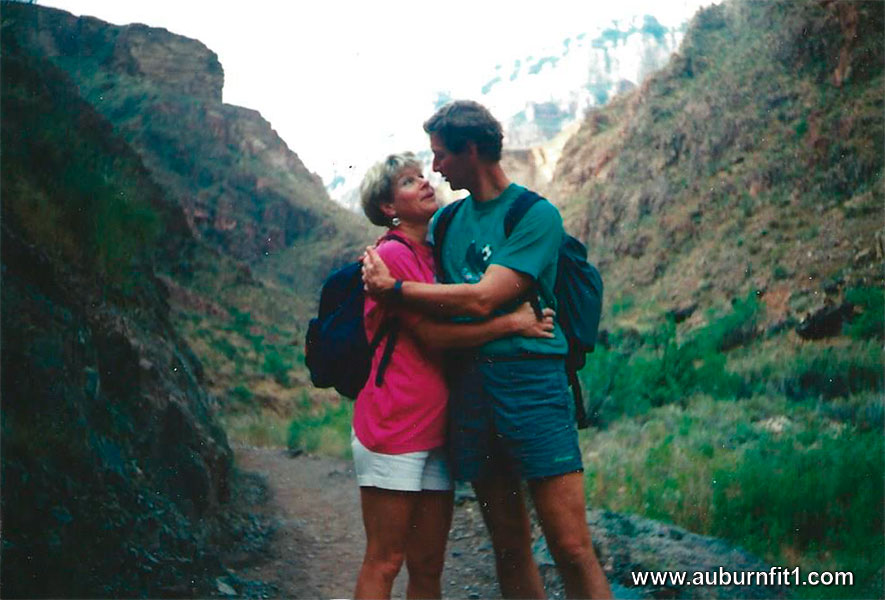 This is a picture of Karen and Kurt Bleuel on their “trial honeymoon”! Karen wanted to see if Kurt could make it to the bottom of the Grand Canyon and back out again before consenting to marry him. Kurt was successful and a year later they had a real honeymoon hiking down again, but this time from the North Rim. They have been married 22 years!

Kurt and Karen met running at 5:30AM from the club at De Witt and now walk and enjoy Pilates with then fellow early-morning runners, Ed Weiss, Barbara Gerletti- Weiss and Tom Crandall—all members of Fit1. While running, Karen trained for and ran 33 half marathons and Kurt ran the CIM marathon. Their joints now prefer the club’s Cybex ARC machines. 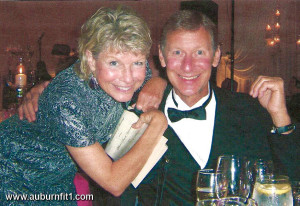 Karen and Kurt participate in Zumba in addition to Pilates. Karen always tells people that you can’t do Zumba without smiling and that smile stays with you the rest of the day! Karen and Kurt shared that they have the greatest teachers and enjoy seeing the many people who regularly exercise around them in the early mornings.

Karen and Kurt hike and travel a lot, but when they’re in town, Karen is at the club around six days a week and Kurt is at the club the days he isn’t golfing. Kurt’s favorite activities are golfing and hiking. For decades his main exercise was running, but that had to come to an end to prevent long term injuries. The club provides the Cybex Arc machines and Zumba to maintain endurance. Kurt also loves the club for maintaining strength and health of spine and joints (“thank you pilates”!). Due to golfing, Kurt is more hit and miss at the club. Karen on the other hand thrives on her daily dose of endorphins and especially her daily dose of wonderful people.

Karen and Kurt have been members since the opening of Fit1. We appreciate having them as part of the Fit1 family!